I have intentionally avoided psychedelic drugs knowing that my imagination and anxiety without drugs can be intense.  I just knew that if I tried a drug of the psychedelic variety, I’d likely end up having to be committed.

Imagine my terror when I had a “psychedelic experience” not induced by drugs.  Everywhere I looked or tried to focus my eyes, I saw trails of rainbows.  This might sound “fun” or “cool” to some, but I assure you, it was not.

I closed my eyes hard, hoping that when I opened my eyes again these trippy rainbows would disappear. The rainbows were still there. Was I losing my mind? What was happening to me?

I was hanging out at home with a friend that day. We had been watching TV and surfing the web.  After several minutes of panicking, fearing that maybe I was losing my mind, hallucinating, or maybe even having a stroke, I decided to confide in my friend about what was happening to me.  Thanks to my friend’s intellect, pre-medical degree and to Google, we were able to determine that I was having an “ocular migraine.”

What!? A Painless Migraine!?

Ocular migraines, also known as retinal migraines, are relatively rare, affecting 1 out of 200 migraineurs, according to WebMD. At the time, which is likely no coincidence, the frequency and intensity of my episodic migraines (now chronic migraines) had been increasing. Due to my experience with regular migraines, I associated the word “migraine” with excruciating pain. 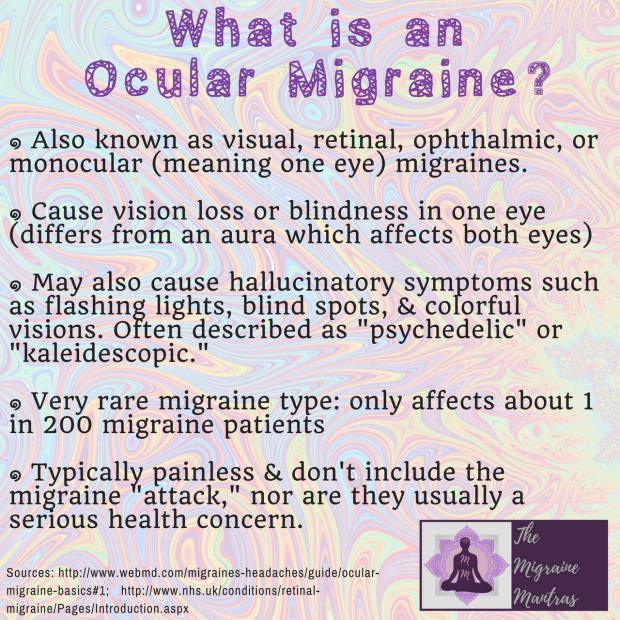 Although frightening, ocular migraines are harmless, usually painless, and short-lived, lasting less than 30 minutes for most people.  They are characterized by visual disturbances in only one eye that differ from person to person.

People describe flashing lights, blind spots, blurred or dimmed vision, a “mosaic-like pattern of blank spots” (according to the NHS), zig-zagged or lightning bolt patterns of white or multi-colored lights, shimmering stars, and the appearance of looking through a kaleidoscope.

To determine if one or both eyes are being affected, try covering one eye at a time. If you are only experiencing visual disturbances when looking out of one eye, but not the other, chances are you are having an ocular migraine.

But WHY?! Triggers and More

If you are one of the unlucky ones who have had an ocular migraine, you might be wondering, “why?”

Ocular migraines are caused by the blood vessels in the eye constricting, thus reducing blood flow to the eye.  There are numerous triggers, but remember what I said I was doing the first time I got one? I had been watching TV and using the computer.  Yes, that’s right, eyestrain–specifically, digital eyestrain–is a major trigger for many people when it comes to ocular migraines, but that isn’t the only one. 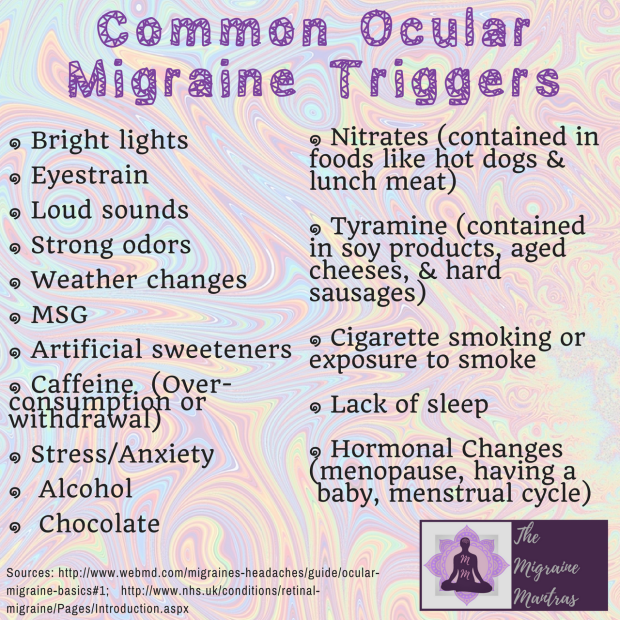 If you are familiar with migraines, you might be familiar with this list of triggers.  The reason for this is because in both classic migraines and ocular migraines, changes in the blood flow to the brain have been observed.  One or more of these triggers activates the release of inflammatory substances around the nerves and blood vessels of the head and brain.  In ocular migraines, it is the blood vessels in the eye that are affected, thus restricting blood flow to the eye and causing visual disturbances.

Who Gets Ocular Migraines?

Anyone at any age can be affected by ocular migraines, however there are some factors that can put you at a higher predisposition for them.

Genetics play a big role in migraines, including ocular migraines, increasing your chances by up to 40% if one of your parents has migraines.  Being a woman in your 30’s or 40’s also puts you at a higher predisposition.

What does being a woman have to do with it?  Migraines have been linked to the hormone estrogen, which has been found to affect perception and sensation of pain.

Ocular migraines will typically go away on their own within 30 minutes and are not considered a serious health condition.  While the symptoms are temporary, it can be a scary experience that can interfere with your ability to perform even mundane tasks like reading, writing or driving. During an ocular migraine, it is best to relax in a dark, quiet room until it is over.

If you think you’ve had an ocular migraine, you should see your general physician and an eye doctor to rule out other health conditions.  In the meantime, you can start keeping a headache diary, logging the times, dates, duration and probable triggers of any headaches and migraines, including ocular migraines.  Try to keep stress to a minimum and avoid known triggers.

One thought on “Ocular Migraines: My Psychedelic Experience” 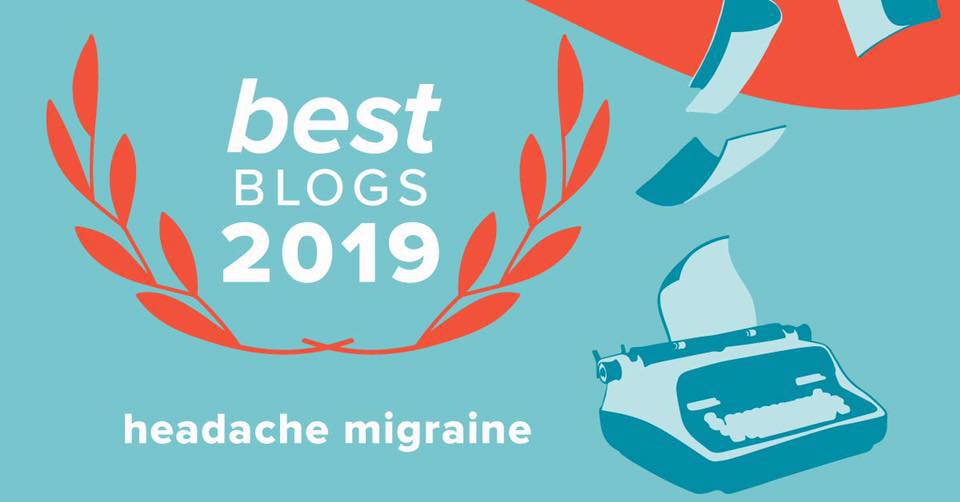