La Bella Italia: the country of the jagged Alps, the enchanting Mediterranean, historical edifices around every corner, delectable cuisine—I could go on, but I’ll stop there. 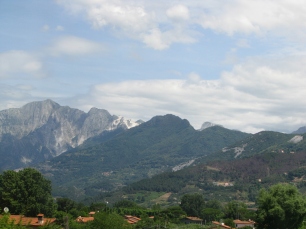 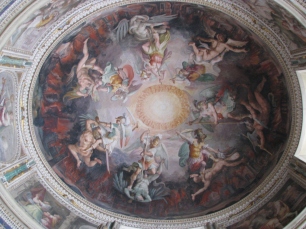 Italy has long been my favorite European culture, and visiting for myself was a dream. Sometimes when I think back to the trip and recall the memories somehow it feels unreal, like it never really happened, as if it were something out of a movie.

Except when I think about the horrible, ruthless migraines I got while there.

Let me preface this story by saying that even though parts of my excursion were dampened by living in migraine-mode, I look back on every bit of it fondly.

I remember the migraines like they were yesterday. I remember the tastes, the smells, the sights I experienced during each one–not quite strange due to the fact that studies have shown migraineurs have heightened senses during attacks. But it’s ironic how so many of my best, vivid memories are due to migraine rather than just having a good, wholesome time.

My time in Europe as a whole was spent with many migraines–with traveling comes a wealth of triggers–but I’m going to detail the story of one in particular I had while on the isle of Capri.

The Captivating Isle of Capri

Capri is as dazzling as it looks in photos—more than that, if I’m honest. This place stuck with me like glue, and while it’s been years since I was there, I still remember it like yesterday, down to the infinitesimal details.

We arrived at Capri in the morning by ferry surrounded in a blanket of fog hovering over the crystal blue water. The ferry was empty of passengers except for the group of us traveling together and another man sitting near a window alone. I remember watching him curiously as we bobbed along in the water, wondering if he was a local or a tourist. Recalling the way he smiled, I subconsciously took note that he was, indeed, Italian. 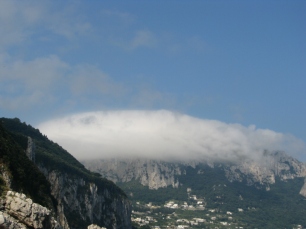 Soon enough, I felt the tell-tale signs of a migraine coming on and I braced myself, knowing my day might be ruined soon enough. I was determined not to let that happen, pain or no pain.

Back then I didn’t carry the type of medications and remedies I do today in my migraine kit. I was still in my mid-teens, still early in my migraine world, and still only episodic in my attacks. My go-to’s were drinking water and taking a dose of acetaminophen, both of which I did before we docked at the island.

Pulling up to the island was magical as we passed through the fog like parting curtains, and the facade of characteristic, rainbow-bright buildings loomed before us. The bronze statue of a boy waving, called the Statue of Scugnizzo, welcomed us in. I carried a camera around my neck 99% of the time–the amateur photographer I was–ready to snap a shot at any moment. This was a moment of awe.

The island’s jagged rock formations grew more detailed in my view as I stepped off the ferry and into the crowd of Capri’s shore.

Anacapri, as it’s called, is made up of these features high above the sea, floating in the clouds as seagulls circle around endlessly. Dotted lines of trees and other greenery grow through the rocky crooks and I snapped photo after photo of the sharp mountainous edges.

The solitude of Anacapri beckoned to me being the nature lover that I am, but most of our time was spent in Capri itself. One day I’ll go back and pay the much-needed visit to the part of Capri uninhabited by tourists.

My head pounded as I let the camera hang low again. Nevertheless, I was ready to take on the day.

We were quickly hauled into another boat ready for a scenic tour around the island which included sights of the Faraglioni–the three rock formations that are characteristic of Capri, the Blue Grotto, and views of the far sides of the island.

We rode the boat through the arch of Faraglione di Mezzo, said to give life long love to anyone who kisses as they ride through it. I remember having a fleeting thought pass through my mind: if only riding through it would give me a life free of migraines. 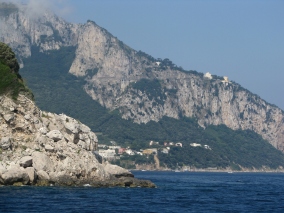 While we weren’t able to go into the Blue Grotto, we rode past it well enough to see the electric blue of the water inside. My insides churned as we bobbed along the waters–I was ready to get back on land, despite the beauty of being on the water.

After docking again at Capri, we immediately headed to the lifts to go up to Capri’s main district, the only way to reach the top. Riding up, the views grew more beautiful the higher we climbed in altitude. However as we rode, I felt my head filling with agonizing pressure. The pain was really setting in now, but the views were worth it and I nearly forgot the migraine that was hammering at my skull. 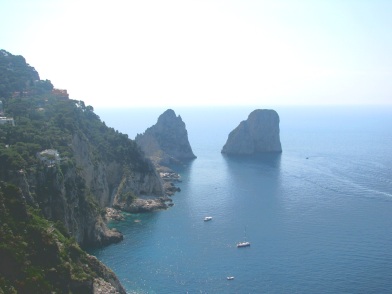 The main street in the upper part of the island welcomed us in with a Roman clock tower, old stone buildings, and quaint cobblestone streets. The antiquarian atmosphere coupled with the contemporary shops selling t-shirts and other tourist souvenirs was ironic to say the least.

Along Via Camerelle we found some of the most high end fashion designer boutiques I’d ever laid my eyes on: Valentino to Fendi to Prada lined the strip and toward the end stood 5-star hotels and restaurants, likely inhabited by celebrities–Capri is a favorite among the elite. We stepped into a few of the designer stores, but clearly felt out of place and went on our way. 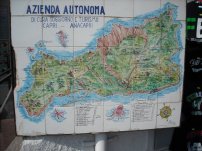 We pored over more shops and boutiques and I bought several trinkets and mementos. One place in particular I remember is Carthusia, a perfumery renowned in Capri for it’s lemon and citrus notes. The scent is heavenly, but it wasn’t that day.

The aroma overwhelmed me as we walked in and I recall dry heaving from the nausea and intense odor of all the perfumes dancing together and forming one big master perfume to rule them all. Needless to say, I didn’t stay there long.

I made my way with my friends to the gardens–Giardini di Augusto–to rest for a while away from the town area and shops. The gardens were just as overwhelming in smells but somehow more soothing than the crowd of people we had just escaped from. Nature has always been therapeutic to me and I was thankful at that moment to be surrounded solely by plants and scenic views atop the island.

I remember walking further down the path and finding myself looking out over the tranquil sea. My feet just at the edge, I gazed down at the water below, bluer than I ever imagined blue could be. The beauty of this moment was incredible. I forgot the pain again for a few moments. 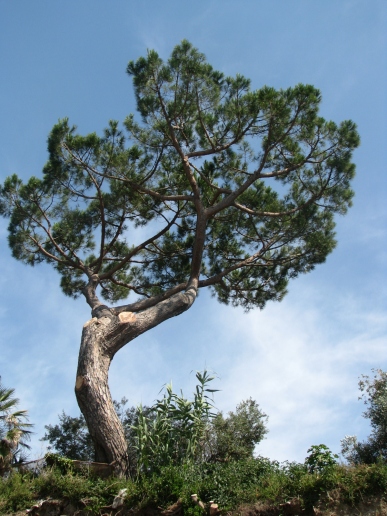 By this time it was nearing lunch time and my stomach, as well as my head, were letting me know it. It was also time to traverse back down to the lower part of the island.

When we reached the base of Capri, we lunched at a small pizzeria and I ordered an authentic Margherita pizza, something to this day I’ve not been able to duplicate at any American pizza joint. This meal was an exquisite experience, and even with my queasy guts, it tasted like pizza perfection. Gooey mozzerella paired with a light, not-too-thick tomato sauce on traditional Neapolitan dough seduced my taste buds. Now I’m hungry.

When it came time to depart from Capri, I felt discouraged. I was torn about my experience–I’d had an amazing day, everything was incredible, I couldn’t ask for more, but I was horribly ill and I wish I’d been able to get through the day migraine-free. When we returned to our hotel in Sorrento, I collapsed into bed–the day had taken its toll on me.

Reflecting back, though, I’m thankful for the migraine that day. It opened my eyes to the beauty of the island: the culture, the sights, the smells, the tastes, and everything in between. My observations were more simply because of the suffering. And while to some that’s no way to live, it truly enhanced my time and thus my memories are richer.

I had read the book Eat, Pray, Love by Elizabeth Gilbert before coming to Italy and one part of that book stood out at me: Liz was in search of her favorite word and found it while walking the streets of Italy. People exchange the word as a fond greeting to one another. The word was “attraversiamo” which means “let’s cross over” in Italian. I never heard the word while I was in Italy, but the meaning of it has stuck with me to this day.

Attraversiamo is a great word to relate to us migraineurs while traveling. We are constantly in flux, crossing over our boundaries and comfort zones. We are faced with the struggle of balancing our delicate bodies, juggling triggers at every bite, sound, and step–anxious for every move.

But come on, attraversiamo, we can do it. Let go of the worry and live your life to its fullest potential. Your adventure awaits.

“I’m choosing happiness over suffering, I know I am. I’m making space for the unknown future to fill up my life with yet-to-come surprises.”
― Elizabeth Gilbert, Eat, Pray, Love